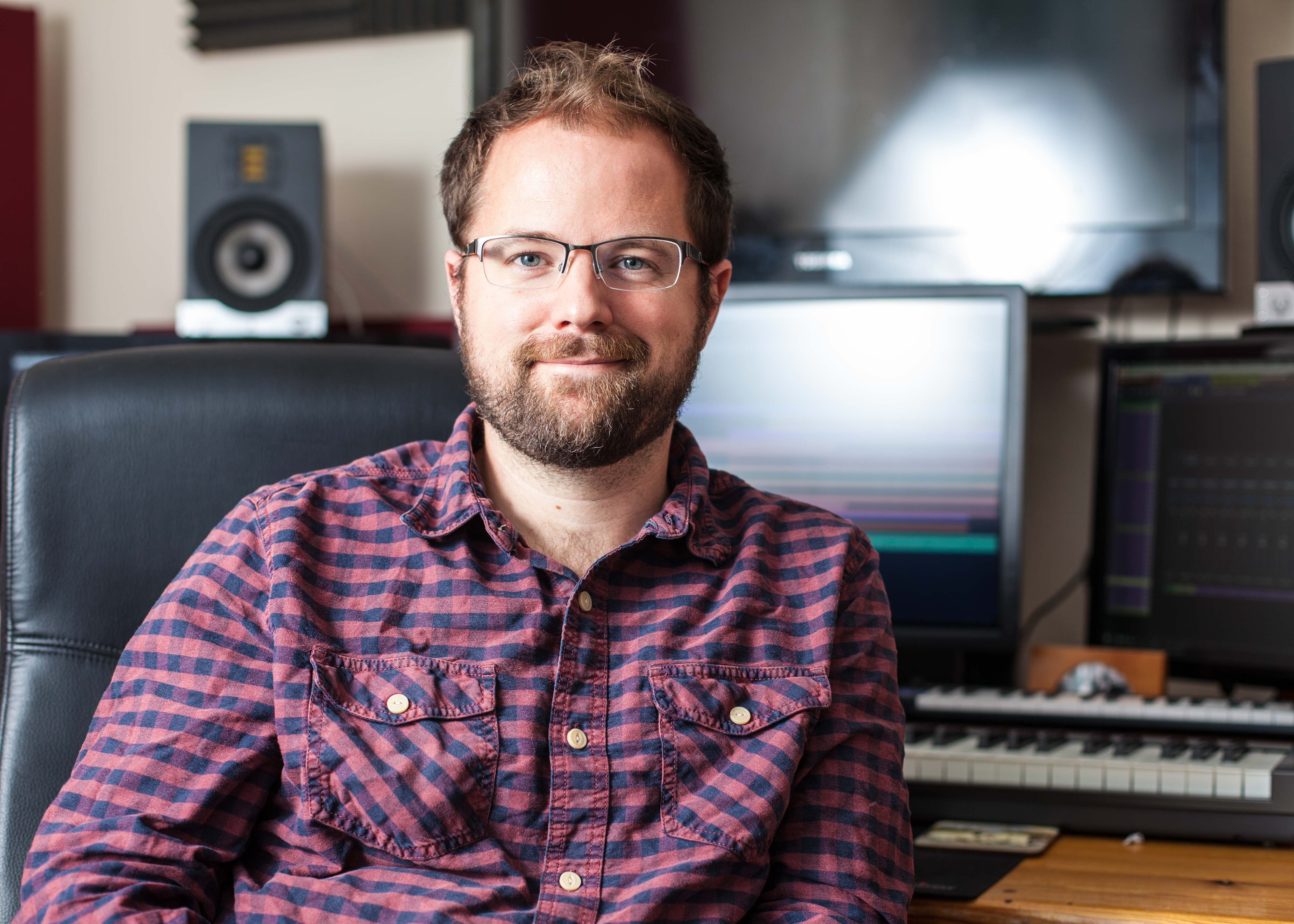 signer for media. As well as writing production tracks for Sync-Music, Jordan has composed music and sound for many children’s and adult audiobooks Including:

King Flashypants and the Evil Emperor by Andy Riley

Dragon and The Nibblesome Knight by Eli Woollard and Benji Davis

The Sleeper and The Spindle by Neil Gaiman,

Those Were the Days by Terry Wogan,

Shuffle and Squelch by Julian Donaldson,

The Flying Bath by Julian Donaldson,

and the Ottoline series by Chris Riddell

Since 2006 Jordan has been recording and creating sound for TV, film, radio and online. After first studying Music as an undergraduate and then pursuing a Masters in Post Production Sound Design at the University of Bournemouth Media School, Jordan has worked across the audio industry.

First working in Canongate Studios in Edinburgh, he was involved in recording everything from ADR for major motion pictures, to dubbing animation and corporate videos. In 2007, Jordan moved to London and began working for Sans Walk Spoken Word, recording and editing sound for children’s picture books for companies such as Bloomsbury and Simon & Schuster.

He has written music for Strathmore Publishing, Macmillan Children’s Books, Hachette, Kingfisher and promotional videos for Hachette US.